Why consider otoplasty? No one enjoys having a feature that calls unwanted attention to them or makes them the subject of ridicule. Children with protruding ears, especially, can be hurt by the teasing of their peers. As adults, their self-confidence can often be greatly diminished by the continued awareness of their ears being a focal point. Often times, even hair or a hat cannot hide the prominence.

Repositioning of prominent or protruding ears (otoplasty) is a common surgical procedure. It can be performed any time on patients from age 5 into adulthood.

The goal of an otoplasty is to create an ear as normal in structure and balanced in proportion to other facial features as possible. Each case of ear surgery (otoplasty) is highly individual and requires a unique plan so as to avoid an unnatural “pinned back” look.

The operation is usually done under local anesthesia as an outpatient procedure. A general anesthetic is recommended for young children, so that your child will sleep comfortably through the procedure. An incision is made behind the ear to access the underlying cartilage. No skin is removed. The cartilage is carefully weakened or trimmed so as to bend the ear back the proper amount. Internal non-removable sutures are used to secure the newly shaped cartilage in place. The skin behind the ear is closed with buried dissolving sutures, which do not require removal.

A dressing that wraps around the head is worn for four to six days after the otoplasty surgery. This keeps the surgical site clean, protects it from trauma and supports the new position of the ear during initial healing. Oral pain medication easily controls discomfort. An elastic headband is worn at night for two months. Patients can go back to work or school and activities such as swimming one week after surgery. Contact sports, which may injure the ear, should be avoided for three to six months.

Otoplasty results are near immediate. Confidence and self-assuredness quickly become evident with the improved appearance of the newly shaped ears. To find out if an otoplasty (ear tuck) is right for you, request a cosmetic surgery consultation by calling us today at (757) 496-4801. 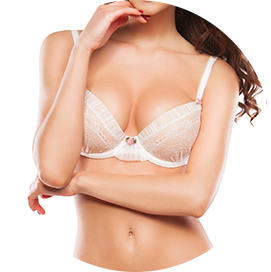